Ripple from The Early Universe and Black Holes 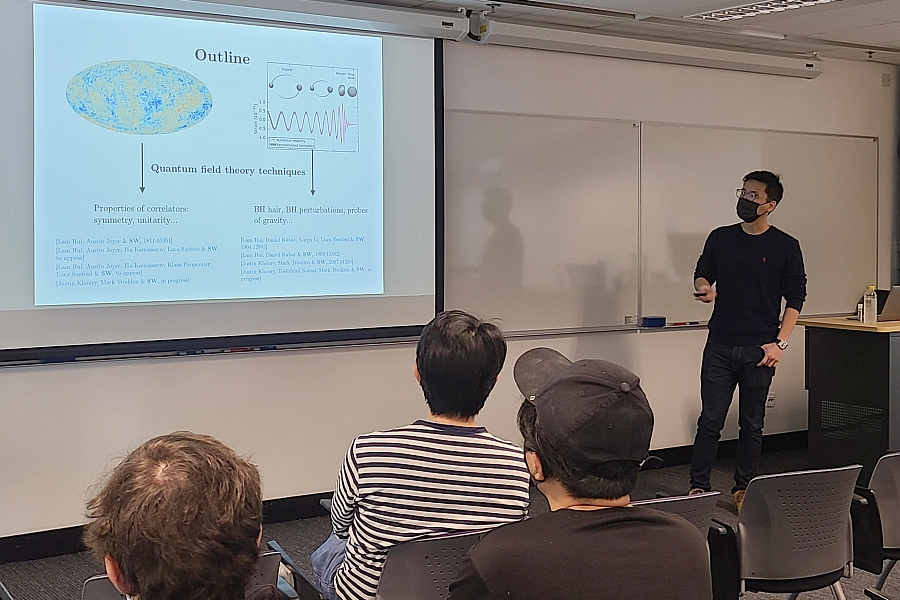 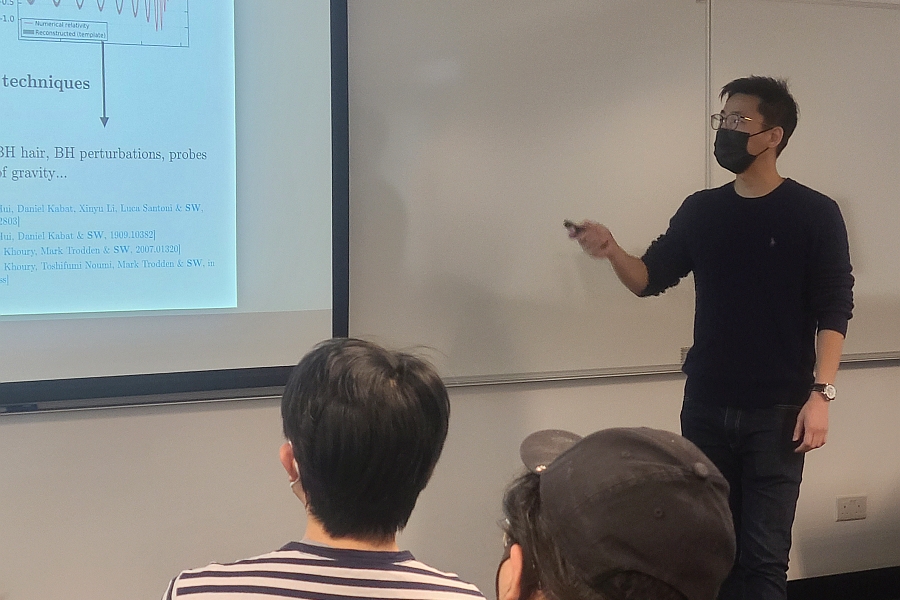 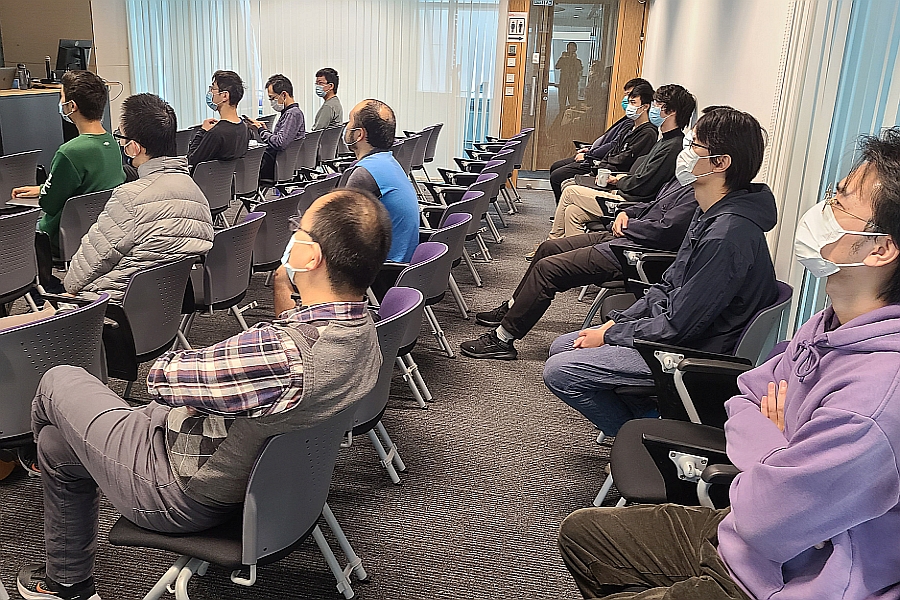 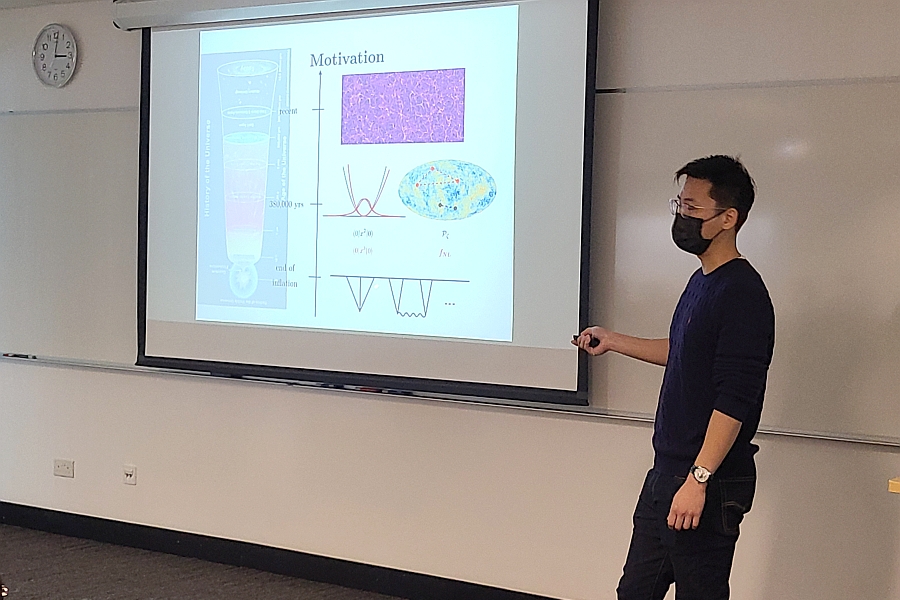 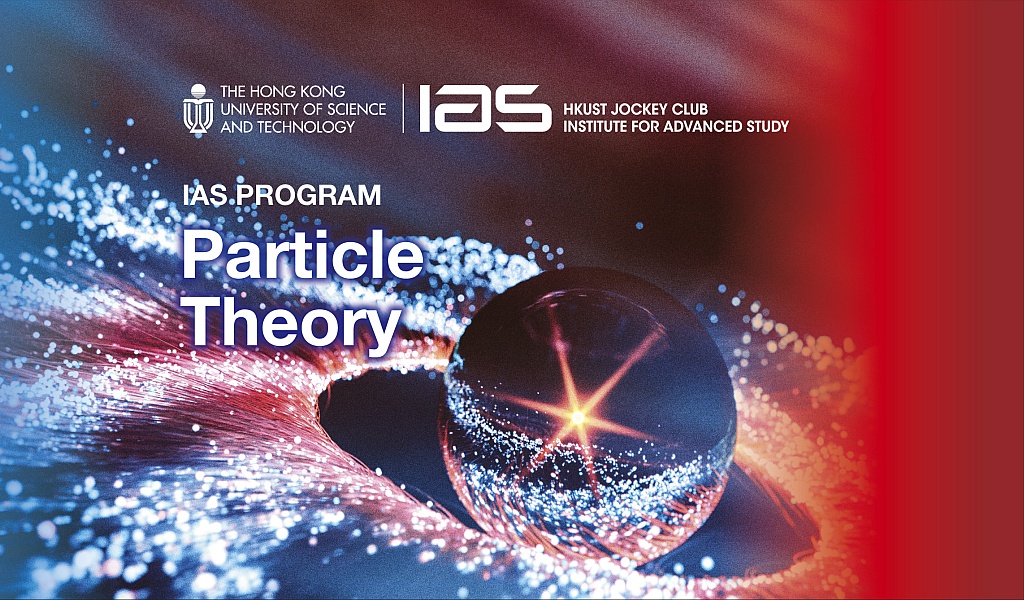 In the first part of the talk, the speaker will present some recent developments in cosmological correlation functions. Cosmological correlators play a central role in the study of primordial cosmology. It is a young field while its sibling, scattering amplitudes, has been studied thoroughly. He will investigate the implication of non-linearly realized symmetries in cosmology for correlation functions, which is a set of soft theorems analogous to that in scattering amplitude. A set of identities is derived for the quasi-single field scenario and they can be employed to constrain correlation functions. He will also discuss the possible implications of unitarity on cosmological correlators and challenges to the program of bringing ideas from scattering amplitude to cosmological correlators. In the second part of the talk, he will explore some black holes with time dependent scalar hair. For instance, black holes submerged in wave-like dark matter environments and black holes in modified gravity. The quasinormal mode analysis of the latter rules out a class of Horndeski and DHOST theories. While from the effective field theory point of view, it is interesting to search for stable black holes with non-trivial hair. He will also discuss the resolution of a puzzle about black hole ringdown and its implication to observations.

Dr. Sam WONG received his BSc and PhD in Physics from HKUST in 2011 and 2017 respectively. He was a recipient of the Croucher Foundation Fellowship in 2017 and a Visiting Scholar at University of Southern Denmark in 2018. He is currently a Postdoctoral Research Fellow at the Department of Physics and Astronomy in The University of Pennsylvania.

Dr. Wong’s research focuses on theoretical cosmology, particle theory, string theory and supergravity. He conducts research in revealing the early cosmological history to infer the origin and fundamental nature of our universe, in particular, inflationary models and quantum nature of the early universe. He also studies baryon/lepton number violation of the standard model to understand the origin of matter anti-matter asymmetry.