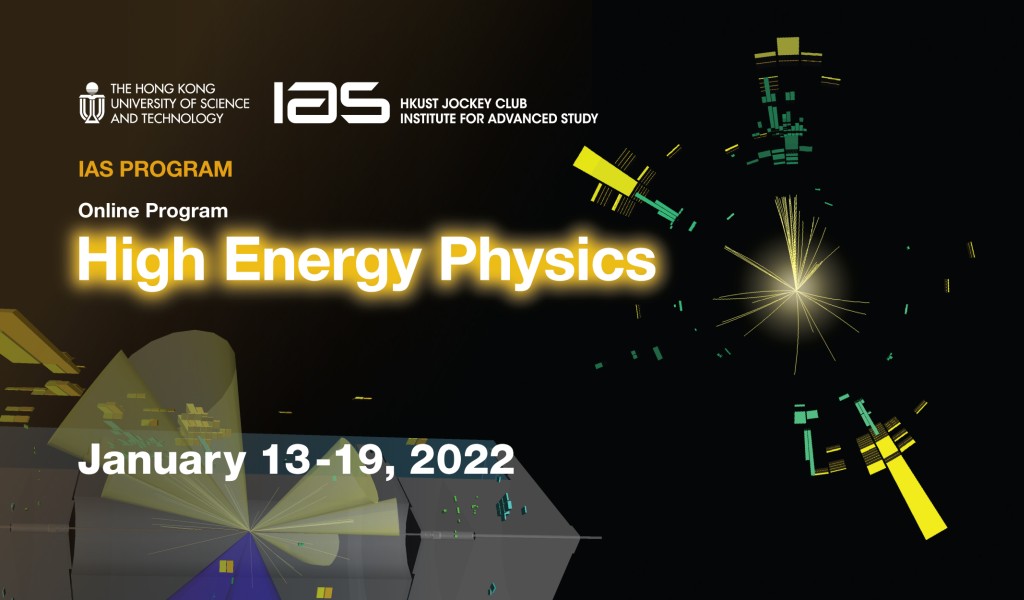 *Note: All sessions of this program will be held online via Zoom.

The mini-workshop entitled "Key Beam Physics and Technologies Issues for Colliders" aims to keep the momentum and the "temperature" of exchanging the newest progress in the beam physics, new ideas, and new technologies or experiences in operations of different colliders among the accelerator scientists to overcome the difficulties in scientific exchanges in the COVID-19 pandemic environment.

Details will be available in due course.

The Standard Model (SM) of particle physics provides the foundation of modern high energy physics. The SM has been astonishingly successful and has passed a myriad of experimental tests, especially on microscopic lengths of scale that have been tested on high energy colliders, such as the Large Hadron Collider (LHC) at CERN. However, the SM fails miserably in other aspects. First, the SM does not have a candidate particle to account for dark matter (DM). Also there are many other shortcomings, such as the gauge hierarchy problem, the strong CP problem, the mechanism for baryogenesis, etc. In addition to the ongoing and proposed (future) collider projects, the giant progress in astronomy and cosmology in last decade brings us great opportunities to address these puzzles. This workshop will gather the leading experts around the world to discuss the recent experimental and theoretical developments on physics beyond the SM. Especially, we will focus on the interface of the important frontiers in particle physics with astrophysics and cosmology.

After the discovery of the Higgs boson, the main objectives of high-energy physics are the precise measurement of Higgs properties and searches for new physics. These objectives strongly motivate the construction of next-generation experimental facilities such as e+e- Higgs factory and 100TeV pp collider or muon collider.

The Higgs boson plays a crucial role in explaining spontaneous electroweak symmetry breaking and the mass generation of the known fundamental particles. It is thus important to measure precisely the Higgs-gauge couplings, the Higgs-Yukawa couplings and the Higgs self-couplings. A future Higgs factory would achieve such a goal significantly better than the LHC. Such precise measurements also provide an indirect probe for new physics that alters the Higgs properties.

Addressing fundamental puzzles in nature such as hierarchy problem, dark matter, etc. results in expectation that new physics should emerge at the TeV scale or above. A higher energy machine like new pp collider or muon collider will be crucial for directly exploring new physics and the properties of any to-be-discovered particles at the LHC.

This High Energy Physics (HEP) program in Hong Kong started in 2015. The objective of this program is to bring theorists, experimentalists and accelerator physicists together, to stimulate discussions and exchange thoughts on the future collider programs. As part of this HEP program, a three-day conference will be held during January 17-19, 2022. Before that, three two-day mini-workshops focusing on theory, experiment/detector and accelerator physics respectively, will be organized on January 13-14. It is also hoped that some white papers for the particle physics community documenting the physics goals, options of future colliders, and the reach of the related experiments could be released.